Interview: What Can We Learn From Colin the Caterpillar?

There has been plenty of media coverage about ‘Saving Colin’ or ‘Freeing Cuthbert’ in the infamous M&S vs Aldi caterpillar birthday cake legal dispute.  So, I caught up with David Walker from Grid Law, a specialist in intellectual property rights, to explain what businesses (of any size) and marketers/ PRs can learn from Colin and Cuthbert…

Can you explain a little about the ‘Colin the Caterpillar’ cake row?

M&S have been selling their “Colin the Caterpillar” cake for 30 years and this apparently results in up to £10.4M of sales for them over the past five years. So, this is a very valuable product for them and understandably, they don’t want anyone else selling a rival that will dilute their sales.

However, there have been a few other “caterpillar cakes” emerging, and last year M&S started legal action against Aldi who were selling a rival to Colin, called “Cuthbert the Caterpillar” who looked pretty similar.

M&S claimed that by selling “Cuthbert” their intellectual property rights were being infringed.

M&S and Aldi have now reached a settlement of this dispute but the terms are confidential so we don’t know what has been agreed between them. However, we may get some hints of this soon if and when Aldi bring out their next “Cuthbert”. 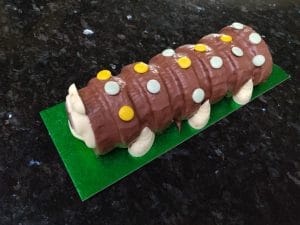 So, what intellectual property rights can M&S have in a cake and what has Aldi done wrong?

There are a few types of intellectual property that are relevant here, including copyright and unregistered design rights. But, the strongest rights that M&S have are the “Colin the Caterpillar” trade marks it has registered.

Trade marks protect brands and give the owner the exclusive right to them. So, M&S have registered the words “Colin the Caterpillar” and also the design of the packaging the cake comes in.
There are several ways in which M&S’s trade marks could have been infringed by Aldi. The first and most obvious is if they copied the trade mark exactly. But that’s not the case here.

Cuthbert is very similar to Colin, but it is not same. So, the law says that trade marks are also infringed if a competitor uses a brand that is “confusingly similar” to the registered trade mark.
I think that M&S would find it really hard to prove confusion here. It’s unlikely that someone would buy a Cuthbert the Caterpillar cake mistakenly thinking they were buying a Colin. Especially when most people know that Aldi’s business model is built around lookalike products.

What’s more likely to happen is that someone thinks to themselves that they want a Colin the Caterpillar cake for a party, but decide to go to Aldi for a cheaper version instead.
This can also be an offence as Colin the Caterpillar has such a strong reputation and I imagine this would have been the strongest argument for M&S to make. Effectively, Cuthbert was “riding on the coat tails” of Colin and taking an unfair advantage of Colin’s strong reputation. 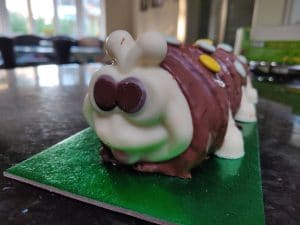 Why has this case attracted so much interest in the media, do you think?

I think that people quite like seeing two rival brands challenging each other. Especially when one of them is being a bit cheeky and the story is played out on social media. As I said, Colin the Caterpillar is well known and had probably been present at many peoples’ birthday parties and other memorable occasions so it may be something they care about more than other products.
Other people may like the fact that someone is challenging M&S’s claim to dominate the caterpillar cake market. 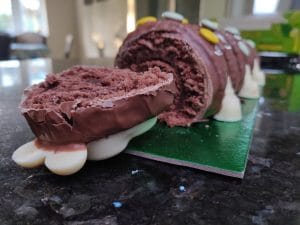 What can businesses learn from this case?

The only reason M&S have been able to defend their rights is because they have taken the time and effort to protect them. Now, some businesses may be thinking that is all well and good for a company with the resources of M&S, but this is actually well within the resources of all businesses.

Copyright protection is free and is granted automatically and you can start registering trade marks from as little as £170 each. Defending your rights doesn’t have to cost a fortune either, you just have to be strategic about it.

So, I always recommend that businesses take intellectual property protection seriously. It’s something to think about from the outset, not just when things go wrong.
For example, not all brands can be protected as trade mark. There are strict criteria for what can and can’t be registered so you should be thinking about trade mark protection during the design process, not years later when you find your rights have been copied.

You should also be thinking about other people’s intellectual property when launching any new product as you do not want to infringe on their rights.
Whilst Colin and Cuthbert were fighting it out, M&S was being accused of infringing the rights of small family run business called Choc on Choc.

They were seen as having double standards because the M&S “Perfect Match” chocolates were seen as “strikingly similar” (excuse the pun!) to Choc on Choc’s “Perfect Match” chocolates.
It looks like this dispute was resolved quickly with a good result for both parties but the important point is that this should never have happened. Before launching any new product or even a new brand, you should always check what is out there first.

If you’re in any doubt about the similarities between two products or brands you should take advice or it could end up costing you dearly. 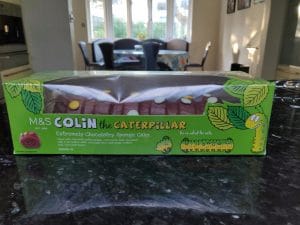 In both of these M&S cases there has been a strong social media element to the disputes. As a lawyer, what do you think of that?

This can be very difficult and it just shows how careful you have to be when managing a dispute.

I imagine that social media played a huge part in bringing about the settlement between M&S and Choc on Choc so quickly. I haven’t looked into what intellectual property rights Choc on Choc have but my guess is they would have won if they had dug their heels in and really fought this. But, M&S could have dragged this on for years if they wanted to. Social media didn’t give them this option because if they didn’t reach a settlement, their brand and reputation would have been damaged by what on the face of it seemed to be flagrant copying.

In the Colin v Cuthbert dispute, social media again played a part with Aldi making light of the dispute and gaining publicity for their products.

Now, I’m not for one moment suggesting people take to social media at the first hint of a dispute, but the public perception of a dispute can be very important so in the future I can see lawyers and PR/ marketing departments having to work together in resolving these issues. 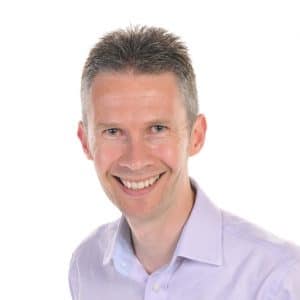 David Walker is the owner of Grid Law Solicitors, a legal practice specialising in commercial law and in particular disputes, contracts and intellectual property rights. You can find out more about David and the work he does on his website at www.gridlaw.com 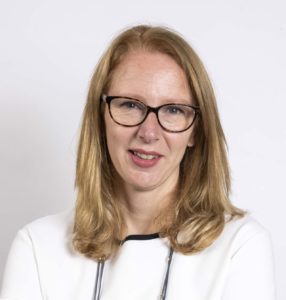 If you would like to receive more marketing and PR tips and articles in 2022, why not sign up to the Mushroom Marketing & PR newsletter?